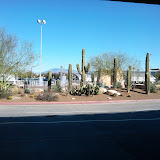 If you didn’t already know, I’m in Arizona for a week or so. While I’m here, I’ve been trying to take as many pictures as possible with both my Android phone and my digital camera. I’ve been uploading them in the mornings to a Picasa gallery. The gallery is located here. Its that time of year again. Presents, decorated trees, and the like. This year, I’ll be going down to Arizona for the holidays. I’ve loaded up my phone with a couple of good travel apps. I hope to take plenty of pictures and send them back via Picasa and Facebook.

Hopefully travelling on Christmas day won’t be as terrible as I fear. It should be light,  with people already being at their destination. Greetings, all! I’ve decided to post my “FloodCheck” application up on Google Code. It provides a nice source repository for version control, as well as a wiki and other features for project development. My goal is to bring more features to the application for a new release before springtime flooding. I haven’t heard if we are going to have epic flooding in the F-M area again this year, but you never know. 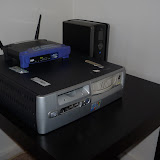 My first real useful application, written in C#. It’s a simple program that grabs the latest Red River level and displays it in your system tray. It just sits in the corner, only popping up every hour to notify you of the current level. It can also be shown in a larger display.

There really isn’t much by the way of documentation. Just run the application, and click the “Send to systray” button to minimize the program.

The program is provided AS-IS, with no warranty of any kind. I guarantee nothing.

Please post any feedback or feature requests into the comments!

UPDATE: From now on, FloodCheck will have its own page. Click here to redirect!